The artists selected by Transformer Artist Run Organisations are: 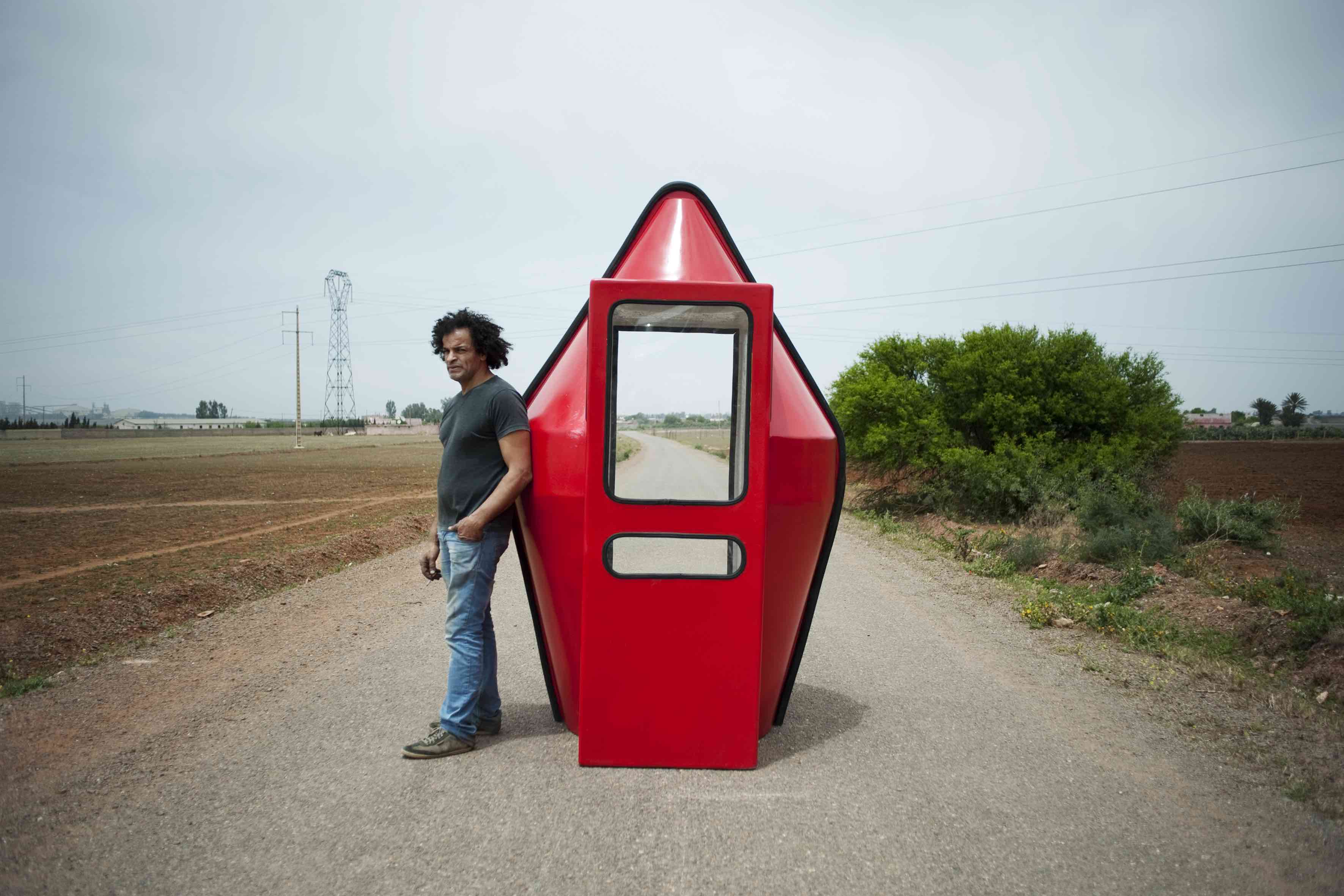 Mohamed Fariji was born and lives in Casablanca. He is a graduate of the Tetouan National Fine Arts Institute (Morocco), and the Lotja School of Art and Design, Barcelona (Spain). Fariji is a founding member of La Source du Lion, an artist collective and art space in Casablanca, Morocco. Seeking to respond to the local need for new production structures in Morocco, in 2011 Fariji founded the Atelier de l'Observatoire (www.atelierobservatoire.com), which supports socially-engaged and research-based art practices, designed as a staging ground to foster and guide contemporary creation.

Fariji develops long-term artistic projects which question the role of the artist and the individual in shaping his/her city and environment. Working in a variety of media, he also questions the involvement of public officials and policy makers in this process. Mohamed Fariji is representing L’Atelier de l’Observatoire, Casablanca. 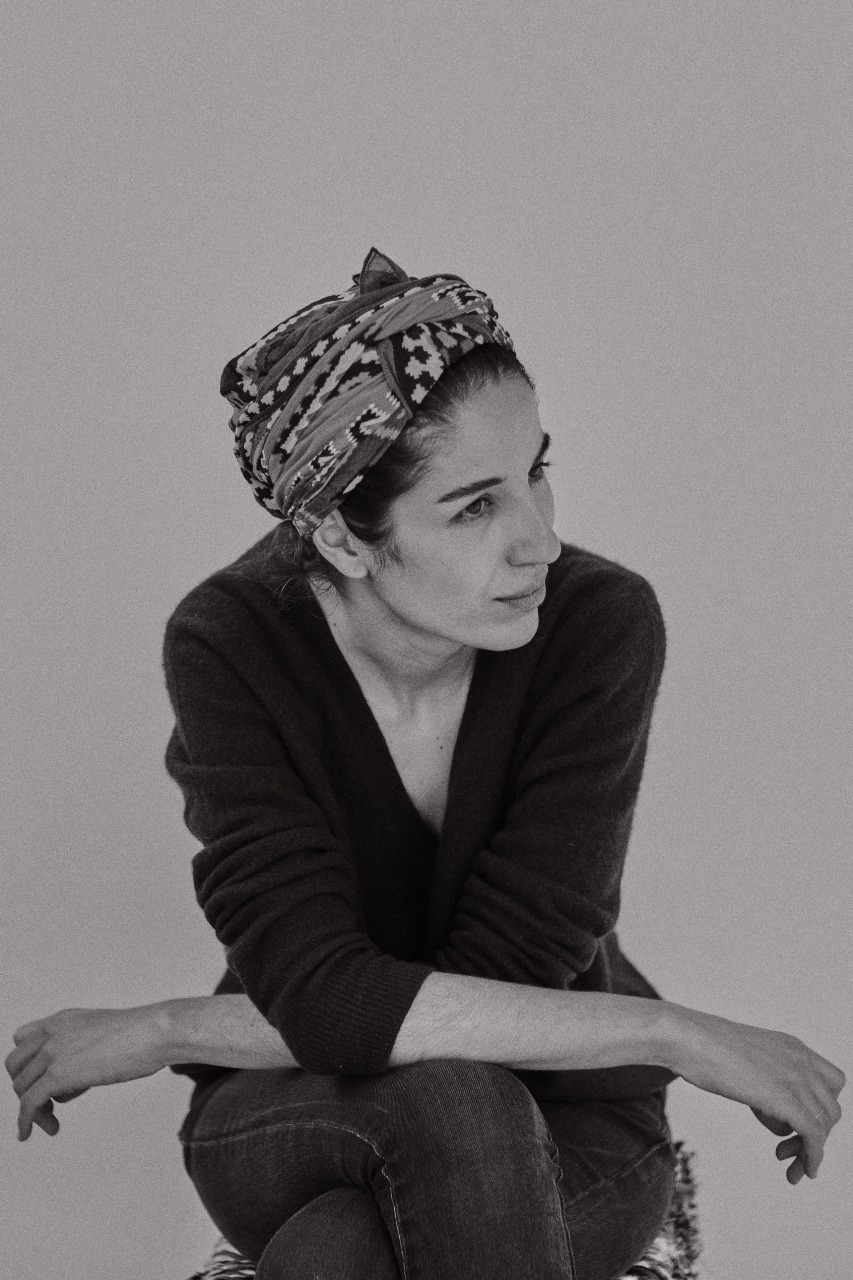 Following a ten year period living in France, in 2011 Laila Hida returned to Morocco and began exploring the tensions between the narrative potential of the camera and the selective nature of memory. Hida's current project Tout est temporaire (Everything is temporary) builds upon her personal archive, on ways of approaching the presence and infinitude of an artwork through time and space.

In 2013, Hida's artistic and entrepreneurial projects merged when she became founder of LE 18, derb el ferrane, a multidisciplinary art space based in Marrakech. LE 18 emerged as an artist-run initiative, extending Laila Hida's long-term intention to understand and respond to how global tourism shapes local landscapes and their perceptions. LE 18's programs offer a space where artists, curators and researchers can experiment, learn and share knowledge and experiences through exhibitions, talks, gatherings and residencies, in order to build social and creative networks that benefit local communities. Laila Hida is representing LE 18, Marrakech.

Dustin Cauchi lives and works in Paris (FR) & Gzira (MT). Cauchi is a visual artist and filmmaker with an academic background in Philosophy and Theatre Studies. Since 2007 his work has been exhibited internationally in group shows and solo exhibitions including Viafarini DOCVA, Milan, National Museum of Arts, Reykjavik, National Museum of Fine Arts, Valletta, Museo Universitario del Chopo, Mexico City, Trent University, Nottingham & Galerie Joseph Tang, Paris. His work has been featured in numerous publications including a 2013 monograph on his film works published by Mousse publishing, Milan.

Francesca Mangion lives and works in Paris (FR) & Gzira (MT). Mangion is an independent curator, artist and writer with an academic background in contemporary and modern theory. She writes regularly for art blogs and journals and her writing has also appeared in select Mousse publications, undo.net, The Art Markets and AQNB. In 2015 she co-founded and is curator at La Plage, a project space based in Paris.

Over the past years Fenêtreproject have been developing a practice that evaluates and reorganises familiar or culturally recognisable sources. These sources include mass-produced objects and cultural products including the art object. Through the reorganisation of these sourced elements we challenge pre-inscribed narratives, creating new orders that run in parallel to existing ones. Fenetreproject are representing Blitz, Valletta. 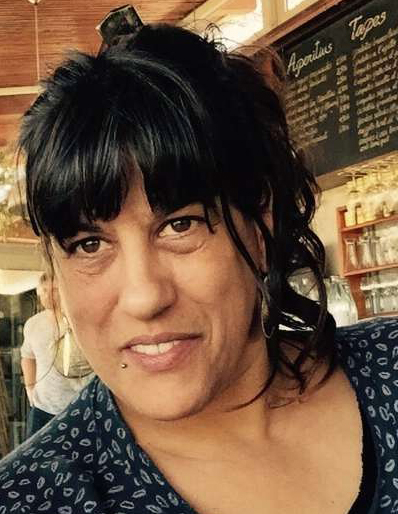 Ro Caminal lives and works in Barcelona, Spain, and has an educational background in fine arts and anthropology. Her artistic practice explores the world of re-presentation; hybridising and undisciplined between both fields. She has undertaken residencies at Can Xalant and Sant Andreu Contemporani. Solo exhibitions include; El Levante (Rosario, Argentina), New Zero Art Gallery (Yangon, Myanmar), Artellewa Gallery (Cairo, Egypt), and Gallery Ethiopiques (Saint Louis, Senegal). Her works have been shown in cinema festivals; Ethocineca (Wien), Migrant Film Festival (Slovenia) and Cine Migrante (Barcelona). She was winner of the 2013 Context, CA Tarragona and the Hangar 2016 Production Grant, and awarded the Ciutat de Valls Prize 2015, and Biennial Guasch Corantny. Her work is represented in the collections of the Museum of Valls and in the Contemporary Art Fund of the Generalitat de Catalunya. Ro Caminal is representing CeRCCa, Barcelona. 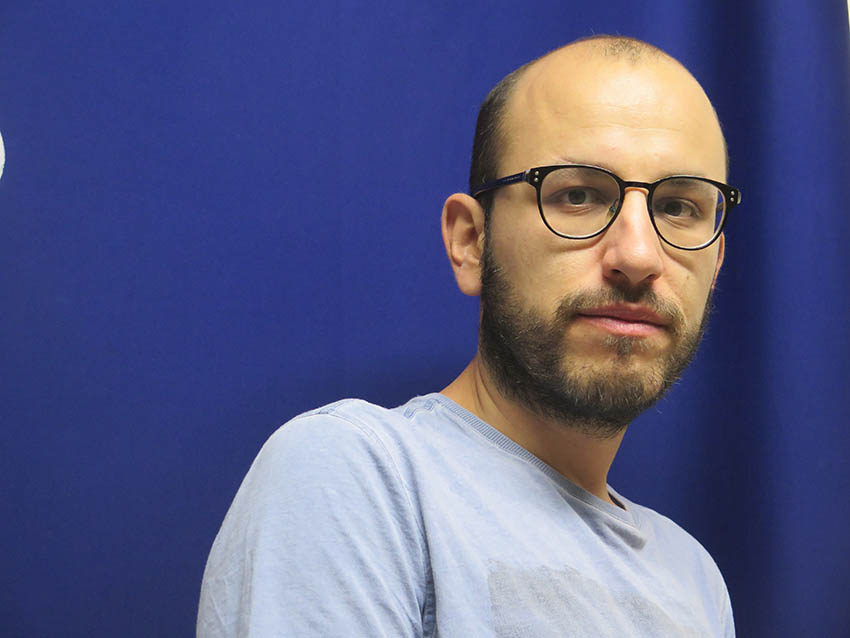 Kosmas Nikolaou lives and works in Athens. He studied fine arts and architecture in Ioannina and Volos, Greece, and in Milan, Italy. His work looks at the function and the power of architecture; its spatial qualities, memory, narration and non-verbal communication. Kosmas is also interested in modernism, documents, traces, archives and oral histories. His work moves between scenography, reality and fantasy. Kosmas has exhibited widely in museums, foundations and independent spaces, and held solo shows with Rebecca Camhi Gallery in Athens and Brauchbarkeit in Cologne. He has participated in residencies in Greece, Germany, Italy and Malta, as well as Ideas City, and initiative of the New Museum, New York. In 2012 he founded the independent, artist-run space 3 137, in Athens, which he co-directs with artists Paki Vlassopoulou and Chrysanthi Koumianaki. Kosmas Nikolaou is representing 3137, Athens.